Home > Blog > Psychology of Nutrition, Spirituality of Nutrition > What To Do When You’re Diagnosed With Cancer

What To Do When You’re Diagnosed With Cancer

As she laid there in the hospital gown, images of her life flashed before her eyes.

The day her son was born, the night she said, “I do,” and the day she left her job to start her own business. Those special moments flashed through like snippets of a movie.

She felt a cold whisper wash through her body as she thought about her doctor’s last words:

This could be the end of the line for her, and it scared her to think, at 37 years old, her life could end. She didn’t want to be a statistic, but Rebecca knew the data all too well. Nearly half of Americans are diagnosed with cancer in their lifetime (41% to be exact), and twenty-one percent die of this illness.

Seeing two of her uncles and a close friend die of cancer put her close to the facts. This disease takes too many people.

Feeling her predicament, she thought about a famous poem by Robert Frost. The one that ends with the famous lines:

Two roads diverged in a wood, and I—
I took the one less traveled by,
And that has made all the difference.

That famous passage bounced around her head.

At that moment, the poem drew her close to something that all of us feel when we’re put face-to-face with the meaning of our lives. The prognosis could be a death sentence, or it could become a pivotal moment where she would decide — she wants to live.

Looking at the plain white hospital walls, she started to think about things she had read, people she had known, and strangers who had beat cancer. She thought about what they’d say and what they’d encourage her to do.

Scrolling her memories, she began to create an action plan.

This wasn’t a time to let inspiration randomly hit her or to leave it to the doctors to tell her what to do – not given that about one-third of patients in America die due to hospital errors.

Just like Robert Frost, Rebecca knew she’d have to find an alternative plan, something that wasn’t about treatment, but instead transformational.

That night she went home and journaled. And for the next few days, she made it a routine to journal and connect with herself. Then one night as she wrote, she recalled a powerful quote from a book she read many years ago:

“Nothing happens to you; it happens for you.”

She wrote the words down and started to inquire about her illness. Why did she get cancer? Why her, out of everyone who could have gotten cancer, why did she get it?

Unlike the onslaught of questions and words of sympathy she received from her community, her questions felt as if they could lead her to health and wholeness.

From these questions, she started to recall the grievances she had pent up. The people who she felt resentment towards, the people that had hurt her, and the people who had left her scarred. One of those people was her father, a man she hadn’t forgiven for abusing her mother. She had spent decades being angry at him and wishing he’d apologize for the abuse and recklessness.

Somehow she felt something – these flashing moments of pain were like a sick root causing her cancer to grow. The anger was eating her from the inside and slowly killing her. But she wasn’t sure what to do with the insight, she just knew it was a morsel that could lead her to full health.

Knowing that she was short on time, that night she started to search for answers.

First, she started to look for insight into how anger could cause her sickness. One of the first things she saw was a book by Daniel Goldman, Emotional Intelligence. Immediately, she purchased it and started reading it. Next, she found a book titled, The Biology Of Belief by Dr. Bruce Lipton. Flipping through the pages of these books, she started to realize her cancer could be healed. The doctors didn’t have all the answers, but these books cited countless studies of people who had cured their illness and even genetic disposition towards disease by adopting mindfulness practices.

In Daniel Goleman’s book, she read about how anger affects the heart and body’s functioning.

“While the patients recounted incidents that made them mad, the pumping efficiency of their hearts dropped by five percentage points.”

This led her to feel a sense of certainty that her anger and hostility towards the people who had hurt her were causing her to be sick. But even more compelling was a passage from a doctor who said that if he could teach his patients to manage stress, he figured 90% of them would be healthy and he wouldn’t need to treat them at all.

Had her stress led her to this moment where she was deathly ill?

One particular story that gave her hope was the story of Anita Moorjani, who had cancer and found healing by realizing that heaven on earth was possible. In Anita’s book, she found a story of a woman that much like Rebecca had spent decades ignoring herself for the sake of having a life that looked good on the outside. And one particular thing that struck her, Anita’s journey to full health required her to let go of all the anger and bitterness she had towards herself and others.

Rebecca couldn’t let this idea that her anger, resentment, and lack of forgiveness had contributed to her predicament.

Once again, she went to the internet, but not for books or articles, this time she went to find a coach who could help piece the puzzle together. With a little research she landed on a coach who had healed herself from cancer. A woman by the name of Sarah who much like Rebecca went against traditional medical advice and healed herself. Enthusiastically, Rebecca scrolled through Sarah’s website and decided this was the person who could help her put the pieces together. She emailed and requested an appointment. Within a few days an initial session was scheduled.

In Rebecca’s first meeting with Sarah, she was full of questions. This was life or death after all. Frantically writing notes, Rebecca globbed onto the terms that Sarah mentioned. Spiritual Nutrition, Transformational Nutrition, Emotional Healing, Trauma Technique, Spiritual Nutrition, and Physical Nutrition. Each word and term adding to Rebecca’s thirst for knowledge and pathways to healing.

After the call, reviewing her notes, Rebecca was especially intrigued by the concept of Spiritual Nutrition. She hadn’t heard of it before, but the concept behind it was rational and made a lot of sense. It was the idea that our health is not just determined by what we eat, but also by what we think and feel regularly. When we are healthy spiritually, mentally, nutritionally, and physically – we are holistically healthy. This wasn’t what her doctors and medical advisors had discussed with her, but it was something that nearly all her reading addressed.

Our bodies are one holistic integral system that works in unison with all the other parts.

And maybe this is why she got sick – she had spent most of her life only listening to a few of the parts.

Piece by piece, her journey to health was coming together. Each call with Sarah, lended her one more insight and one treasure trove of possibilities. And while Sarah’s advice helped her immensely, Rebecca was also beginning to understand that her body was as unique as her genetic makeup. Medicine hadn’t failed her, it had given her a piece of the puzzle, but there were chunks that only she had the keys to unlock.

Day after day, she blended her greens and put her attention on eating a wholesome diet. She continued to manage her stress and practice gratitude daily. Through reading, regular weekly sessions with her coach, and much trial and error, she started to see what was universal and what was unique to her.

One thing that was clear, there are some foods that all bodies resist and make them sick.

Taking this knowledge into her kitchen, she tossed out the unhealthy foods. Soft drinks (studies show soda is linked to 184,000 deaths every year), ready-to-go frozen fried foods that filled her freezer, foods made with white bread (she did find breads that are healthy), and a long list of other foods she knew weren’t feeding her well-being. To her astonishment, the trainer at the gym was right – foods within the exteriors of grocery stores tend to be the goods ones, and the ones inside the aisles are often unhealthy and designed to sell (but not for wellness).

As she followed her path, she started to feel better. Her energy levels began to shift. And as she continued her coaching sessions, her optimism grew (which studies show that hopefulness contributes to health in a big way). Despite her doctor’s doubts, she followed the path she knew would be best for her. She took the advice from her doctors that she felt was good. There was a fair amount that couldn’t be ignored, and a fair amount that she did away with too.

Just like her coach had taught her, when we shun and resist anything (including our pain) it grows in size and becomes powerful.

So, she didn’t shun medicine or hate it, she just knew there was a middle path that only she could discover.

Throughout her coaching session, there was a new light that was starting to shine through. And maybe it was the best kept secret of every single person who had lived past cancer and found happiness on the other side of it:

They all followed their own path and learned to trust their inner wisdom.

Rebecca’s healing was taking her back to her.

Once again, she felt herself tingle when she thought of that powerful quote from a little old book:

“Nothing happens to you; it happens for you.”

Her cancer wasn’t her anymore. It was one of her angels come in the disguise of a metastasized growth. Now she and this lump were friends, her pain was her biggest blessing and she felt free to live as she wished. And to the surprise of her doctors and even herself, years later, she has a clean bill of health. She’s running marathons, taking music lessons, and is pursuing a path to become a Cancer Coach. 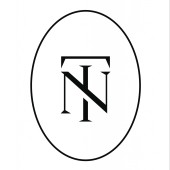 The Institute of Transformational Nutrition, founded by world-renowned nutritionist and author, Cynthia Pasquella-Garcia, is dedicated to making it easy for people to discover what's possible, follow their hearts, and live an inspired life of purpose doing what they love in the world. The only school to blend the science, psychology, and spirituality of nutrition while teaching the importance of personalized health, ITN gives their students confidence and credibility so they can make a living while making a difference.

18 Simple Practices To Detox Your Mind From Toxic Thoughts

What Is A Sober Curious Community?

What Is Personalized Nutrition?